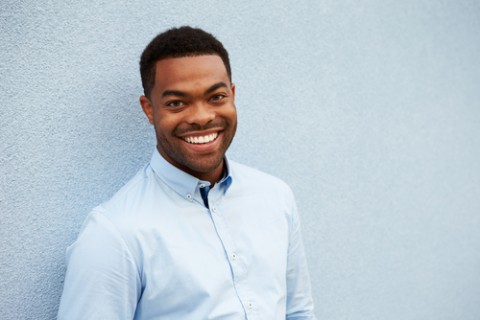 There are few dental procedures that strike fear in the hearts of patients like the root canal. The procedure, which clears out infected pulp inside of a tooth and replaces it with synthetic pulp, has earned a reputation of being long and painful. Worse yet, it doesn’t come with a guarantee. Because of the microscopic size of the root canals of the teeth, it can be tricky for dentists to find and clear out (and then refill) all the canals. This means even if the dentist is able to clean out all of the infected pulp, it could still come back. With risks like that, it's no wonder most people aren’t too keen on getting the procedure done in the first place.

But a fascinating new innovation could change the way we feel about root canals in a big way. A team of scientists from Oregon Health and Science University in Portland, Oregon, is working on developing pre-fabricated blood vessels to use in root canal procedures. These blood vessels would replace the synthetic pulp known as gutta percha, which is currently used in root canal procedures.

"The problem with gutta percha is that, while it is effective at saving the tooth, the tooth itself is dead," says Dr. Gary Lederman, a dentist based in North Bellmore, New York. "What these prefabricated blood vessels would do is keep the tooth alive."

And, according to Lederman, that would make a huge difference.

"Keeping the tooth alive would keep it from becoming fragile and help it maintain some of its natural durability, which would help it resist cavities," Lederman says. That would mean a potentially higher success rate for root canals, and maybe even less fear about the procedure itself.

"Part of the fear over root canals is that there’s no way to know if they’ll work," says Lederman. "If we can improve the odds of success, I think it would make the procedure a lot less scary."